A Taste of Summer in Winter: Plum Pie 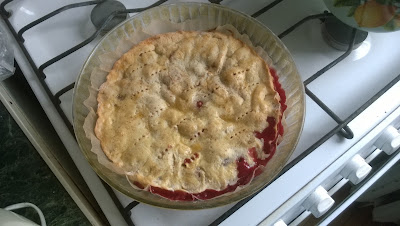 In December, I virtually hosted a conversation about holiday foods at America House in Kyiv.  Inna Dudnyk, an aspiring graphic artist who lives to cook,  brought a beautiful plum pie to--and even brought photos to share of the whole process.  We're so pleased that we persuaded her to write this guest post about the whole process. Enjoy her great baking! Do you also have a recipe to share with the Pickle Project?  Be in touch!

In my family I am the one who usually bakes because my mom absolutely hates baking. Even though she has this notebook with bunch of recipes and what’s ironic is that a big section of it is dedicated to all kinds of cakes, pies and even pizza.  This is my aunt’s recipe and it doesn’t actually have directions so I just used simple logic and assumed some of the things. For example, it doesn’t say if the butter is supposed to be soft or melted . It just says: mix all the ingredients for the dough, spread it over the baking dish, fill it with the filling of your choice, cover it and then just bake it. In the original recipe instead of plums she uses sour apples, but you can use any sour fruit. I’m using plums from my mom’s garden. We had a great harvest this year so I’m making everything with plums: pancakes, pies, cakes and sometimes even oatmeal. To be honest, at this point I’m a little sick of the plums.

The ingredients you will need for this pie: 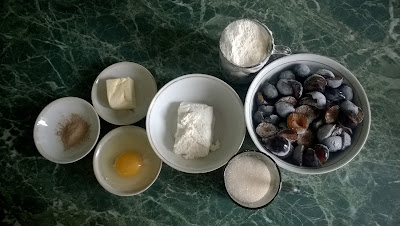 So, first thing you do is mix half of the cup of sugar and an egg until the sugar mostly dissolves. In the second bowl mix soft butter and cottage cheese. Then mix the contents of both bowls together. But of course you can just gradually add the ingredients to the first bowl. Don’t know why I used two of them in the first place. I probably thought that it would look better in pictures. But afterwards you get to wash more dishes. 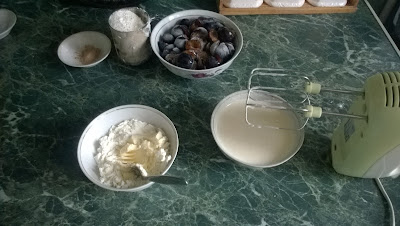 After you mixed all of the ingredients together start gradually adding the flour until the dough gets too thick for the mixer and then mix it with a spoon.  Don’t forget to add baking soda to the flour. 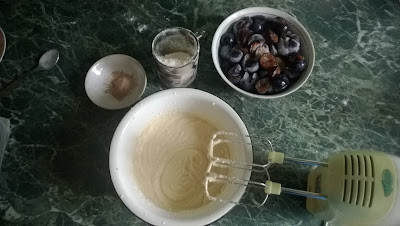 Prepare your working surface by dusting some flour over the dry surface, so the dough won't stick when it's time to knead. 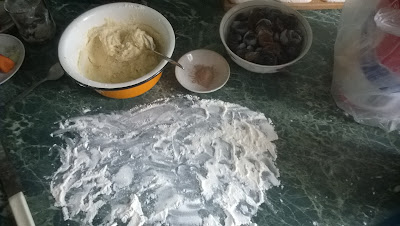 Put the dough on a working surface and start to knead. I ended up adding more flour because the dough didn’t have the consistency I wanted. And even after that no matter how much I kneaded it, it just kept sticking to my hands and the table. I know that usually the dough is not supposed to be sticky but with this one who knows. 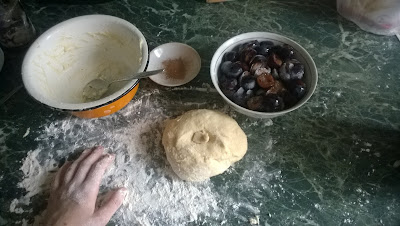 Cut it into two pieces. 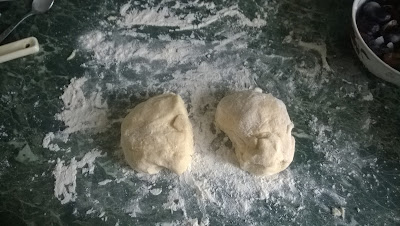 Roll out the first piece of the dough and then spread it evenly over the baking dish. 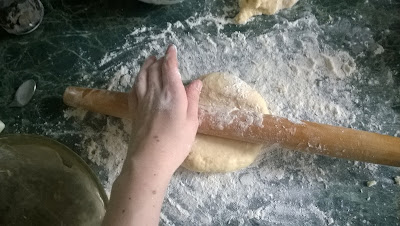 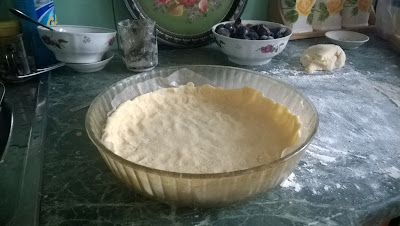 If you’re using frozen plums, defrost them in a refrigerator overnight. Or if you are an impatient person like me you can leave them on a table for an hour and then run cool water over them for several minutes to speed up the process. Just be sure to drain off the water completely. After that spread the plums over the unbaked pastry shell and then sprinkle them with cinnamon. 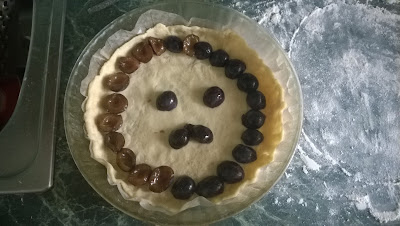 Roll out the second piece of the dough and cover the pie. Make multiple punctures with a fork. Pinch the edges together. Bake in preheated oven for 30 minutes at 180 C until golden brown. 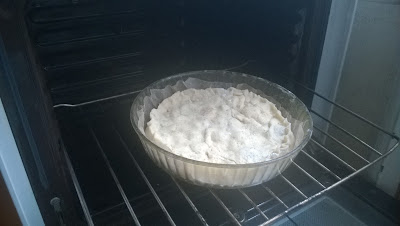